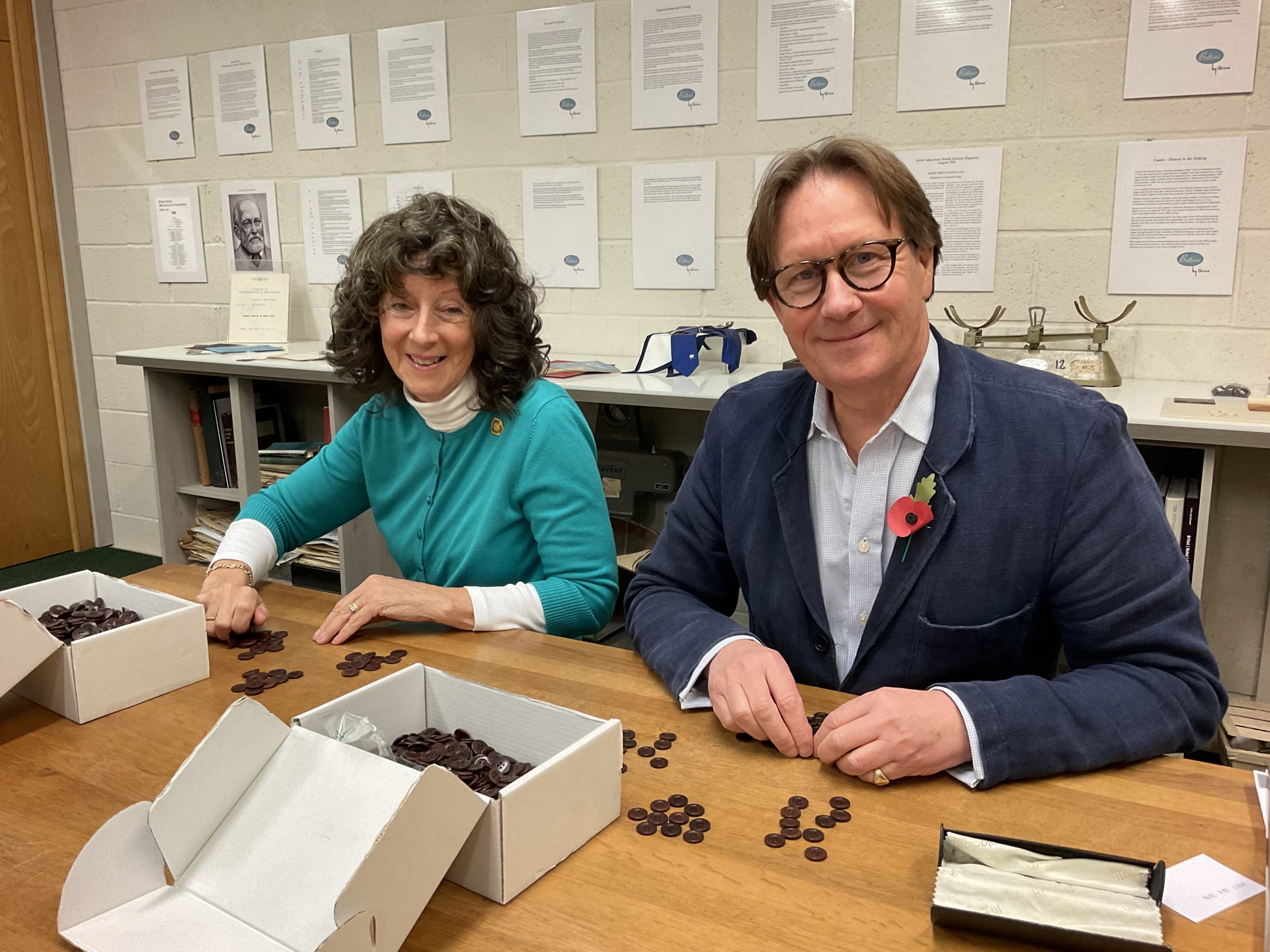 When David Courtney of Wiltshire based heritage button makers Courtney & Co. heard that The British Pageant needed buttons, he was very willing to help. The buttons were needed for men's braces that are to be made for the next pageant performance.

Jeannie and Chris Wills visited David at the company's factory in Bourton-on-the-Water to receive the gift of hundreds of buttons and to say thank you on behalf of the British Pageant. Look out for these buttons on braces in the forthcoming performances!